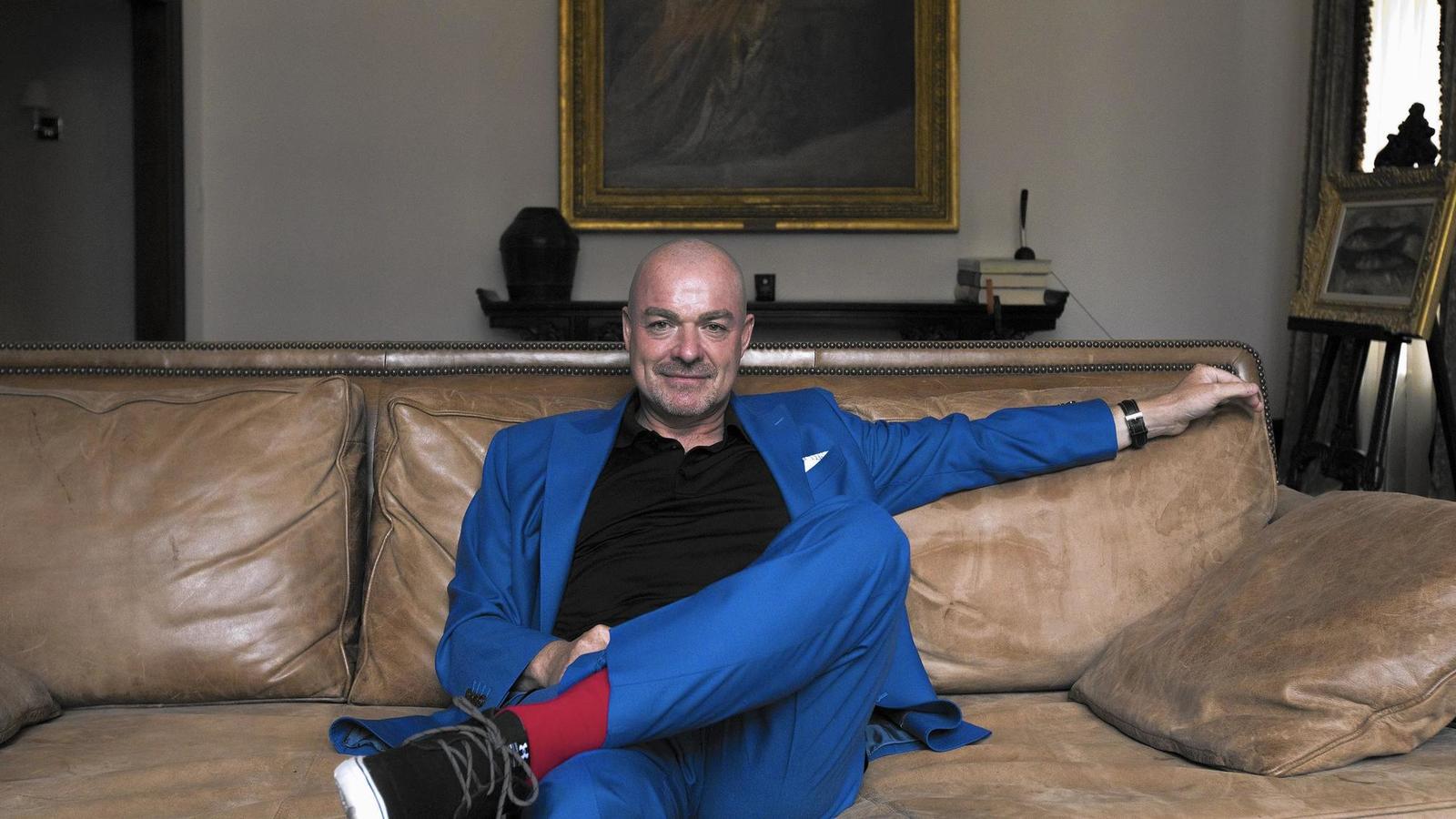 Sean Conlon is photographed July 20, 2017, at his home in Chicago’s Gold Coast neighborhood. Conlon is a real estate mogul who stars on “The Deed: Chicago,” a CNBC reality show. (Alexandra Wimley/Chicago Tribune)

Chicago real estate mogul Sean Conlon has come a long way from the small home in Ireland where he grew up sharing a bed with two brothers.

Now 48, and known for his dizzying rise in the Chicago real estate market, Conlon is starring in "The Deed: Chicago," CNBC's reality TV show on flipping houses, which resumes filming in September.

Unlike some TV shows, which make flipping look like a no-brainer, Conlon's program shows it for what it is: A nerve-wracking endeavor where grit is essential and profits are far from assured.

The show features Conlon lending money to novice flippers and impartingthe real estate and development lessons he's learned in Chicago, where he arrived at the age of 20 after leaving Ireland with $500 in his pocket. Growing up in a poor family of seven in Ireland, Conlon did not have the money to get a college degree, and he couldn't get hired as a salesman for Lehman Brothers in England, where the manager said his Irish accent would deter English clients. In search of the American Dream, he came to the United States.

Q: How did you end up in America?

A: I was standing on the train platform in England one day in 1990 and working two jobs, and I thought "I will be at it the rest of my life." So I called my parents and said "I'm going to America."

Q: Was it the land of opportunity?

A: I had the good fortune of having a cousin, who gave me a job as an assistant to the janitor. I was the worst employee ever.

Q: How did you go from janitor to real estate investing?

A: I always had an interest in beautiful old buildings. So at the end of 1992, I went to Truman College and got my real estate license. You would have sworn I was graduating from Harvard. I was so excited. But I couldn't get anyone to give me a part-time job selling real estate. Eventually I would work as a janitor in the day and cold call for a real estate company at night. Then I started to work in a real estate office at Belmont and Southport before that neighborhood became sexy.

Q: Was that the turning point for you?

A: I taught myself everything about the neighborhood and one day I saw a guy building three apartments to rent, and I asked him if I could sell them as condos. He said they'd never sell. Well, I sold them in a week and I thought: "What if we could tear down loads of buildings, build condos instead and sell them." I'm not saying I invented it, but I was at the vanguard. I walked up and down the streets and put contracts under people's doors offering to buy buildings for teardowns. I sold thousands of properties between 1993 and 1999 — probably $200 million to $250 million.

Q: What did you see that told you there would be a market for this?

A: I won't pretend I was a visionary. But there's no replacement for being on the street and feeling the pulse. I was starting to see it in other cities and when Starbucks opened on Southport I knew they had done demographic research.

Q: Your next step?

A: I started Sussex & Reilly in 2000. And I grew that company in about 16 months to like a billion dollars in sales, and I sold it a few months later and then I bought it back and sold it again. At the time I also set up a real estate merchant bank. I lent my own money and did structured financing — Conlon Christie's. That was my third iteration of real estate brokerage.

Q: But then came the housing crash. How did you survive?

A: I had lent out a lot of money. I was scared to death. We had $100 million lent out across the country, and I had to go and try to get that back. I took back all the real estate I could and sold all of it off in the last several years.

Q: So how did you end up on a CNBC house flipping show?

Q: Do you like watching yourself on the show?

A: Despite appearing quite cocky, I cannot stand watching myself on television. But I wish my dad was around to see it.

Q: On the show, do they tell you what to say and do?

A: They let me do what I want. The first little bit they provided direction. Then they just let me be me. They edit a lot. But all the things are real, and I lend all my own money.

Q: What's it like to live in front of cameras?

A: I must confess: It's so weird for people to think they know you on the street because they've seen you on television. I've even had people stop me at the airport to take pictures. And the first time it happened, I took the camera from them and asked where they wanted me to take their picture.

Q: On the show, many of the people trying to flip houses meet disasters and some lose money. Is that typical of flipping?

A: A lot will be lucky if they break even in the first flip. But if you learn from it, this is a great way to make a living.

Q: How do they select the people?

A: They pick the cast, and then I wean through it because it's my money that goes into the projects. I have to protect it.

A: Interior designers and architects because they overimprove. And accountants.

Q: Why are you so drawn to real estate?

A: Real estate is still the best route for people getting wealthy. It always will be. I have a better chance of being hit by a meteorite than being Mark Zuckerberg. So do most of us.

Q: What do you want to do next?

A: Bill Rancic, who was on the first season of "The Apprentice," has brought me on the speaking circuit.

I'm going to do some of that because its exhilarating. Some day I'm going to go live in a boat and sail around the world. I've always wanted to do it. Some day, I want to be that old grumpy guy on a riverbank in Ireland with people knowing nothing about what I did except when I die and they read my obituary. I love to read obituaries.